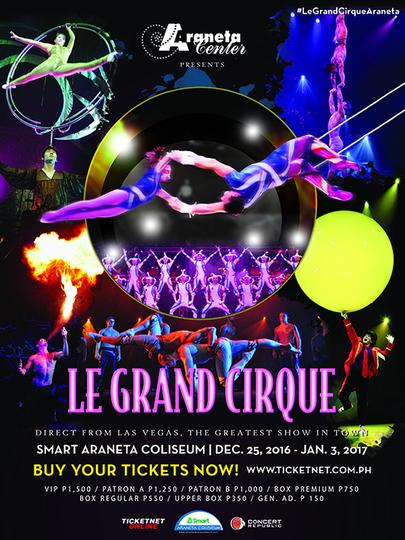 The Greatest Show in Town at The Big Dome!

A big-scale circus production featuring an electrifying show of acrobatics, aerial tricks, white knuckle stunts, and precision skills, Le Grand Cirque's world-class artistes from Europe, Canada, and the UK have captivated millions of audiences all over the world. Dubbed by the press as the 'Next Generation of Cirque du Soleil,' this heart-pounding Las Vegas-style extravaganza promises action, glitz and glamour.

Described in the press as "a glittering spectacle" that "defies gravity and belief," and touted to be a "real family entertainment,"